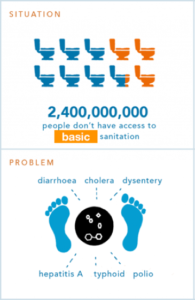 One potential, but poorly understood, exposure pathway to fecal pathogens is the aeromicrobiological pathway in outdoor environments where dense urban populations are exposed to uncontained human excreta. This process is of concern because enteric pathogens are associated with diarrheal disease, one of the leading causes of mortality in children under five, with a total of 1.4 million deaths in 2016 according to WHO. While poor sanitation is not directly related to acute respiratory infections (the deadliest common communicable illness worldwide), a 2009 study found that 26% of acute lower respiratory infection cases in children under 5 were linked with recent diarrheal disease events. These results suggest that by reducing incidence of diarrheal disease, access to safely managed sanitation services may also contribute to fewer acute lower respiratory infections. 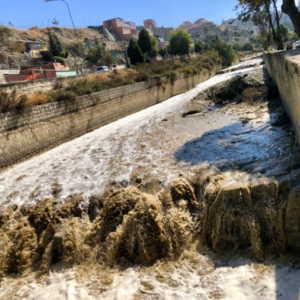 Lucas Rocha-Melogno, PhD candidate in Environmental Engineering and Global Health Doctoral Scholar at Duke University, went back to his home town, La Paz, Bolivia, to collect bioaerosol samples along the Choqueyapu River. This river serves as an open sewer carrying the waste of ~1 MM citizens every day, including industrial and hospital wastewater. While it may not be surprising to find aerosolized pathogens in such context, it is unknown if they are creating lifetime health deficits on children or vulnerable individuals. Rocha-Melogno wants to develop quantitative estimates to assess the potential impact of these aerosolized pathogens on his fellow Bolivians so that local authorities can take action.

Passive and active bioaerosol sampling was conducted at multiple sites next to the Choqueyapu River, hypothesized to be a source of bioaerosols. Measurements of wind speed, temperature, relative humidity, UV radiation and PM2.5 (using low-cost sensors) were taken to evaluate their impacts on the bioaerosol fate and transport. During the rainy season, an average airborne concentration of 53 total coliform (TC) CFU/m3 was found, with up to 19% of them being viable E. coli. Settle-plate fluxes averaged 130 TC CFU/m2/h. Average fluxes and concentrations during the dry season were 85% and 43% lower (respectively), suggesting a noticeable influence of the environmental conditions on the bioaerosol dynamics. Upon conducting statistical analyses, the wind speed was found to be the only significant variable (p=0.047) affecting bacterial fluxes onto surfaces during the rainy season, while only relative humidity (p=0.0049) and PM2.5 (p=0.024) had significant correlations with bacterial fluxes during the dry season.

The One Health researchers are currently developing a mathematical model for bioaerosols transport in La Paz, to estimate how far can they travel while remaining alive. Molecular analyses are also being conducted on samples brought back to the US using RT-PCR to identify pathogens of interest. The next step of the project is to develop a Quantitative Microbial Risk Assessment of these bioaerosols to estimate their potential impact on the population of La Paz. 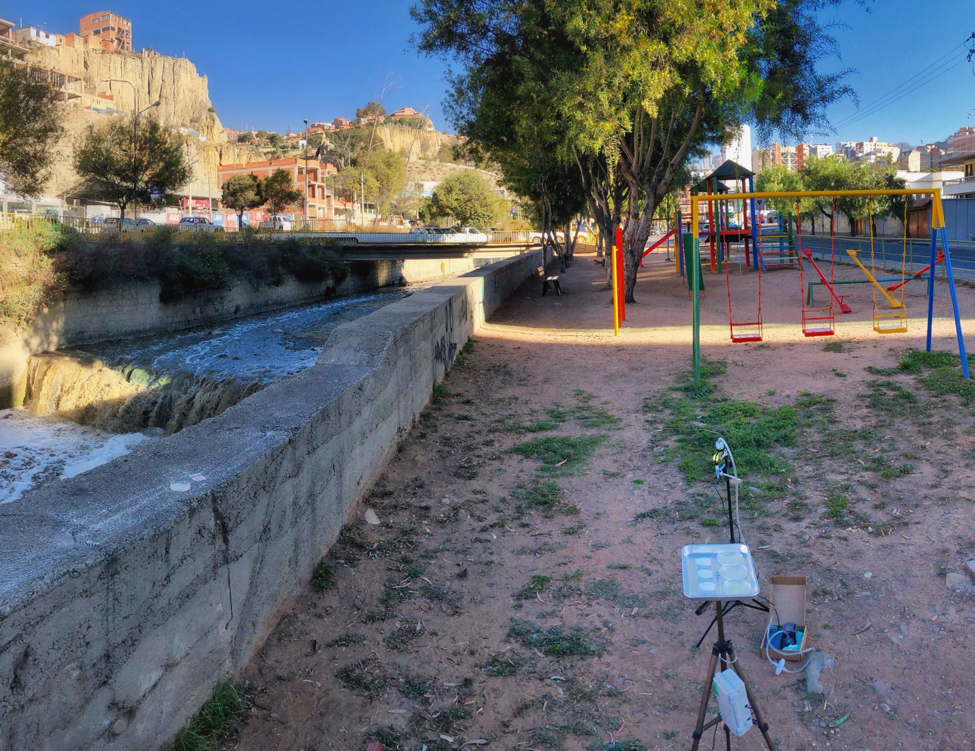